With the Rumble/CFVI vote looming this week, it’s time to take a fresh and deeper look at the deal and the prospects for the stock if the vote works out this Thursday. The vote is scheduled for this Thursday, September 15th, at 10 a.m. ET. You can watch it live online.

The redemption deadline for the shares is today at 5:00 p.m. ET!

We can't be sure they will get a quorum for the meeting, but if they do, I expect the deal will be approved. The shares are trading well above trust today, but there might still be redemptions. This could create a "low float" condition which can amplify volatility.

Earlier I wrote a piece looking at the lockup agreements around $CFVI Rumble, which should be understood relative to future float. You can review it here: Parsing CFVI Rumble Shares.

The main question is what Rumble will become and how much it will be worth. I'll consider three scenarios: 1) a niche company that fails to achieve scale, 2) a niche that achieves scale, and 3) a broad and diversified online content company. You might think of these as Parler 2.0, Fox News 2.0, and YouTube 2.0.

There are some strong opinions, feelings, and politics around Rumble due to their early association with DWAC/Trump Media and what has been a far-right tilt to the content on the platform so far.

Rumble is not to blame for any current leanings. Given the bans coming from the mainstream platforms, these are the first ones looking to colonize Rumble. Because the deal hasn't closed, they don't have the capital to use for attracting other types of talent. Imagine if they got big enough to attract a Joe Rogan away from Spotify. The exclusive expires in 2023 and is reportedly worth as much as $200M. The relationship has had some issues, and Spotify removed content where Rogan used the "N-word."

I want to be clear that I don't have strong views on politics or religion. My background is in math, computer science, business, and investing. I have a bias around facts, data, and objective truth. If I judge content, it is based on my personal view of it and not a judgment about people who feel differently about it. There are billions of people enjoying Tik Tok. I don't care for it, but I understand many do, and it's a hell of a business.

The goal here is to stay close to the current facts and build toward an investment case based on a longer-term view of the company in terms of revenue and profitability. However, there is no doubt that the short-term stock price and trading will be driven more by sentiment than fundamentals.

[As a reminder, this is not investment advice. SPAC transactions are complex, and dealing with the risk-reward may involve using long and short positions, warrants, and equity options in different configurations.]

Events like Russian use of these networks for spreading propaganda, Twitter kicking Donald Trump off their platform, and the COVID controversy have all drawn attention to the problem.

The problem we have has arisen from 1) the scale and reach of these platforms, 2) the advertising-based business model, and 3) the hyper optimization around “engagement,” which is getting you to click. (If you don’t fully understand that the Netflix documentary The Social Dilemma is a good watch.)

Put another way, over 83% of the people in the world, over 6.6B, have a smartphone. Being able to control what people see on all those devices is more powerful than we know what to do with.

There’s also the problem of “who decides?” what is not allowed and what is. Certainly, nobody trusts these companies or their management teams to be the arbiters of all online content. So far, Twitter, Google, and Facebook have done a lousy job.

User-generated content is an anchor of their business models. If users build large networks of followers and are banned from the platform, they are left with nothing. All their hard work and established audience are lost. Sometimes, they may not even find out what they did wrong.

Personally, I started a show for fun with a friend of mine called “Bitcoin and Bourbon” on YouTube. As you might guess from the title, we talked about developments in the crypto market while sipping a bourbon we selected for the evening. (We both live in Kentucky.) We were surprised when YouTube banned our channel. The best understanding I could get was that they allow alcohol on a show about alcohol, but they do not allow it if the show is about something else. In retrospect, we should have made the show about bourbon and then talked about bitcoin as a side topic.  In any case, we are no longer on YouTube.

The pendulum seems to have swung too far in the direction of eliminating any content that might trigger or offend anyone. Orchestrated efforts that target specific people or shows have also become more common. The case of Dave Chapelle and the trans community is one significant example. (As an aside, I don't think people listen very carefully and get triggered before they process.) I credit Netflix for not removing the content, but they buried it instead of promoting it. That shows that the business trumps artistic purity there.

If communication is the only way to come together over differences, then banning communication doesn’t seem like a great step toward reconciliation and harmony. To me, this is nowhere more acute in comedy, where comedians are not allowed to make jokes about any person, group, or situation involving people or groups! If we lose our sense of humor, then we’re done. Beyond comedy, the issues get less fun and more nuanced.

Let's move on to where Rumble wants to be, where they are today, and where they may go next.

So notwithstanding the current right leaning, the goal for Rumble aims to be a neutral platform that does not censor content. (As long as it does not illegal.)

The value proposition for content creators and owners is that they can safely build their audience and a business on Rumble without fear of being censored or canceled.

Consumers get access to content that is becoming unavailable on other platforms. They may also enjoy an improvement as some of the "guardrails" are removed from programming. For example, Howard Stern had fewer limits on what he could talk about on satellite radio versus his old public radio station home.

Although the business model will depend on advertising, Rumble offers subscription and tipping services. They have added Locals.com as a way to build private communities.

The "IaaS" part of their strategy is to offer cloud services akin to Amazon Web Services (AWS). This is on top of their formidable tasks in building their own complete advertising technology stack. Rumble needs to focus on this area because they are always at risk of being evicted from mainstream hosting services, payment networks, and app stores.

I don't see unique value for advertisers. Maybe for some banned on other platforms or those with high affinity to the current Rumble user base. This may change as Rumble grows but has challenges I'll cover in the scenarios section.

Content on Rumble remains a little thin and tilted toward a "red agenda" rather than what you might see at a mainstream site.  One striking thing from exploring the site is that it simply doesn't feel like a site with "78 million monthly users," according to the August metrics.

There's a disconnect when you poke around the site. I clicked on the "viral" category this morning, and they have only a handful of views.

The numbers are low on current watchers, total views, and earnings, even for the most popular content and publishers. When I say low, I mean double or triple digits regarding views/Rumbles. Earnings for two of the leading financial content providers are at ~$60-75 per month. I'm sure they are growing, but these are very small numbers.

The Tate case study is interesting because the major platforms banned him.  According to the article, you may not like or enjoy Mr. Tate, but he had over 4M followers on Instagram and 740K on YouTube. However, it looks to me like Tate's major source of income is his subscription business, which may be raking in $5M/year. The ban may help him solidify his base of paying subscribers who want to follow his "teachings." He can rely on Rumble as a platform to use free ad-supported content as a marketing tool.

There are limited options to customize your "feed," which are bizarre and point to their direction as a decidedly not mainstream platform. You can't pick a normal topic like fishing, golf, tennis, investing, etc. You select topics like pranks, railway danger, bloopers, weird science, horrible drivers, etc. There are a few almost normal ones, like film reviews, but the content is sparse and several years old.

Rumble is currently in a tough position if it plans to become a neutral platform. Once a trend starts, it can be hard to change. It's like the old phenomenon of a new restaurant that starts to get a bunch of people when it opens. Others notice and, based on what they see, decide to go or not.  In management speak, this is called a "reinforcing loop."

In short, Rumble has a long way to go to present better content and a better, more customizable user interface.

Rumble will have as much as $400M to spend on expansion if the deal goes through. I expect they will move quickly to deploy capital quickly and maintain a steady cadence of newsflow. Here are the key things we'll be watching for: 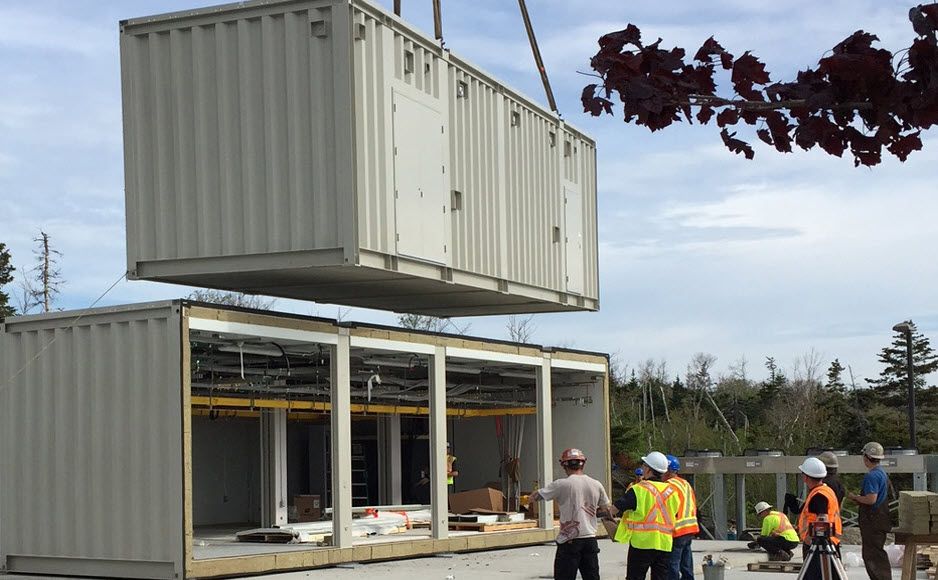 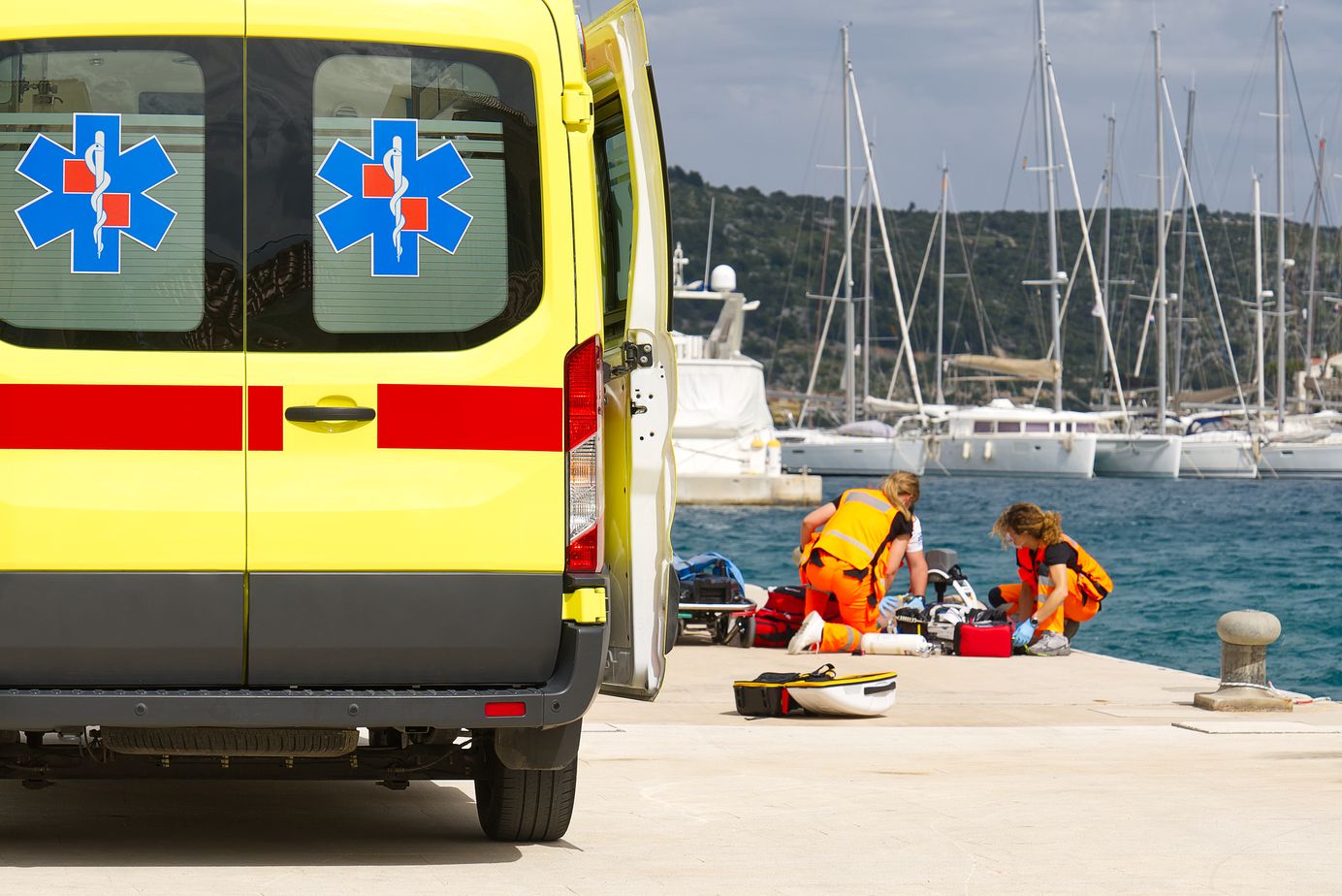 DocGo $DCGO has earned another look after the recent share decline. Our estimates suggest a good deal of upside and an undervalued situation. This post goes through our initial case and cut at the numbers for Q4 and 2023.